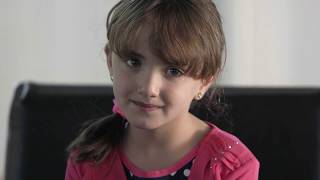 Six Year Old Fears is a short documentary featuring a six year old Syrian girl as she becomes a big sister in a refugee camp that has the best maternal mortality rate in the world. Zaatari refugee camp now boasts the third largest populated city in Jordan, with 42 births per 1,000 people - exponentially higher than many other parts of the world. And despite the difficult conditions, mental and physical, the camp has not lost a single mother or child during birth since it open